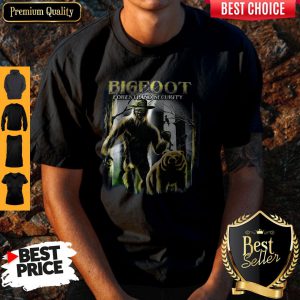 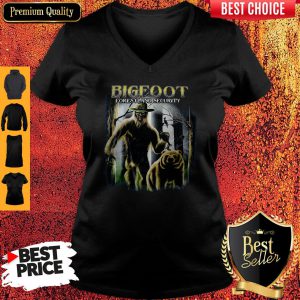 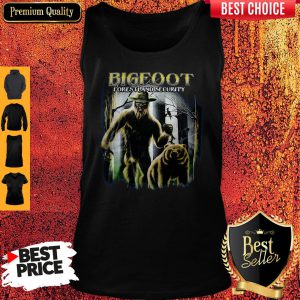 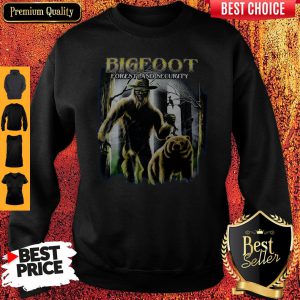 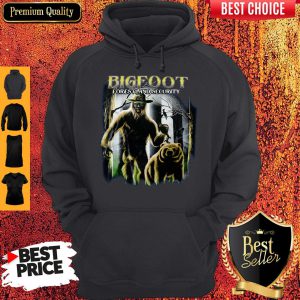 Speaking of Bigfoot, did anyone listen to the podcast where that guy told the story of his uncle’s friend who was out hunting one night 40 years ago and heard what he thought was a Bigfoot fart in some part of Virginia? Undeniable stuff! Couple it with a Top Bigfoot Forestland security shirt blurry photo my old landlord told me he saw once of a shadow on a tree? Terrifying conclusion! Bigfoot: we’re surrounded by the motherfuckers! (I have the same feelings about photos of orbs, too.)Oh, you should absolutely leave it! It’s so funny. This will be such a great gift.

Picture it generations from now, this is the quilt great aunt OP made back during the pandemic of 2020. It was a crazy time then, no one could leave their homes so animals began to roam freely again including the elusive bigfoot, who apparently had a giant boner! If we deal with the Top Bigfoot Forestland security shirt idea of Bigfoot evolving from the Robust Australopiths, which requires the least modifications of physiology (as intake one of those things, grow it by half a meter or more and bulk it up to where it makes 80s Arnie look puny), there’s a very specific fossil record-specific chronology that the creatures are known to have existed, and there’d be a need to substantiate both how they develop technology to do even small crossing of bodies of water and then suddenly regressed from it.

Add to it that there is at least tentative proof that some robust Australopiths used fire, and Sasquatch’s seemingly losing the use of tools that all other known great apes are shown to use becomes a curious behavior element that would need to be accounted for. What is with this obsession with the lack of tool use? I’ve seen it brought up before, and I don’t see how it matters. Things like tool use are learned behaviors, not a Top Bigfoot Forestland security shirt ingrained instinct. A group forgetting(say, from a disease or the like wiping out a portion of the population that happened to have the knowledge)how to make and use them and evolving away from needing them is totally feasible, especially in an earlier species that wasn’t 100% reliant on them. Same with fire. Evolution is complicated, and so-called “regression”(it isn’t, really) happens all the time.