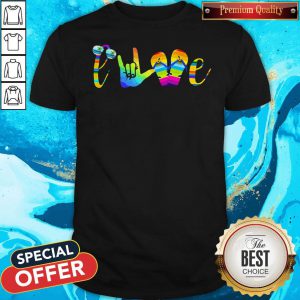 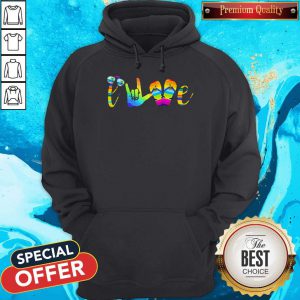 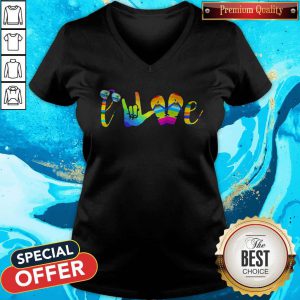 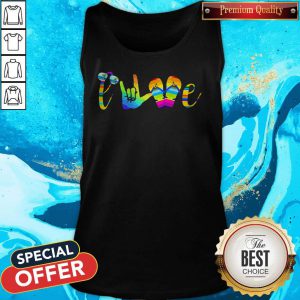 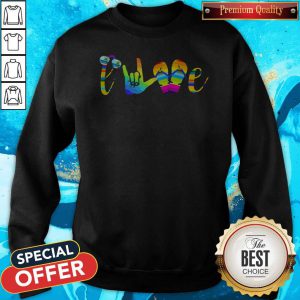 After reading all other comments here and comparing different groups of people- I think the Christians are a much more benevolent people because they don’t pay attention to the whole Bible- the parts that say to stone a man for being a homosexual and such and such- and their religion, therefore, doesn’t seem so extreme and rather nice as they take in all the nice stuff. I guess I’m just a Christian who believes in the Quran then. I’ve always taken in the nice stuff only- as this is what my family does- and we are a happy benevolent people. But Nice LGBT Love Sign Language Camping Shirt Muslims overall take in every word as a necessity- so they are much more violent and terrifying.

I understand that it is a good religion- all people follow the entire religion- but in the modern world- only Muslims do- and it isn’t doing them any good. I think that’s why they get al the backlash And I think often… they deserve it from a moral standpoint. It really makes me think- this whole post does and I’m really happy it gives me the chance to. You sound extremely narcissistic my dude. Just because you can’t see flaws in Islam doesn’t mean other people can’t. People won’t accept Islam because of the culture but because Islam is fundamentally flawed, End of story. Yet Nice LGBT Love Sign Language Camping Shirt Muslims are the only people who have to err lead me away from my religion. As Palpatine wisely said “Ironic- isn’t it?”

Now to the meat of my thesis- I always talk about how much I hate the “Muslim culture.” To friends and family alike. My family is relatively “liberal” although they have a long way to go… they agree with me that the shorty culture ruins the name of Islam and discourages people from accepting Islam… whether that be as a religion or as their religion (not asking anyone here to reconsider their choices- I’m just saying- I don’t blame you giving the shitty culture.) I have been so loose in my faith 1000 times over simply because of the culture people tend to associate with this religion. Ironically- a famous line of the Quran- “guide me not on the path of those who have gone astray”. Yet Muslims are the only people who have to err lead me away from my religion. As Nice LGBT Love Sign Language Camping Shirt Palpatine wisely said “Ironic- isn’t it?”