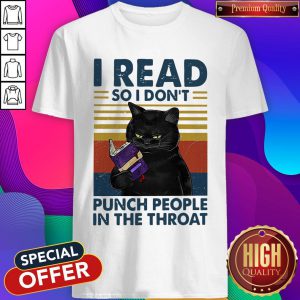 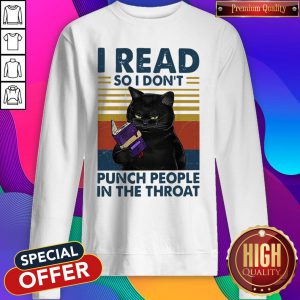 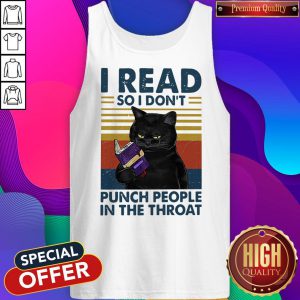 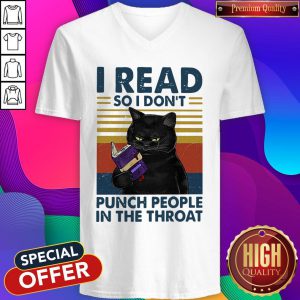 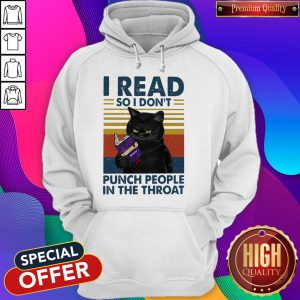 Odyssey was actually my first since I was an Awesome Black Cat I Read So I Don’t Punch People In The Throat Vintage Shirt latecomer to modern gaming, started with a PS4 standard about four or five years back. I felt the same, liked the setting a lot, and the exploration, but the combat got stale after a while and I quit midway through the second DLC. Still, a lot of ? on the map when I decided I’d had enough. Might go finish it one day though. Anyways yeah GoT does get better for sure! I’m maybe 15% into Act 2 and loving it still. The armor sets and all the dyes you can get for them are fun to play with, but not overwhelming with too many options. Once you get all four stances unlocked the combat is really fun and quite varied, and on Hard, it’s the right level of challenge – not overwhelmingly difficult but also easy to get killed if you’re sloppy.

Also, I have to say the environments and music are top-notch. I have the HUD as minimal as I can get it and just wandering the world and fighting patrols / exploring is quite a good time. This x1000 if you’re playing on lethal mode. I am, and the first ten hours were just me getting one-shot killed by a bastard with a shield or even a basic sword boi. Now I’m like 15-20 hours in and no-hitting most encounters and shredding through Mongols with the upgraded katana and stances. I love how it makes you strategize and use everything at your disposal to survive, but the man did the first few hours suck. Worth it for that sexy feeling of a perfect parry and instakill or wrecking a fool with the Awesome Black Cat I Read So I Don’t Punch People In The Throat Vintage Shirt water stance special attack.

Other Products: Awesome Black Cat I Read So I Don’t Punch People In The Throat Vintage Shirt