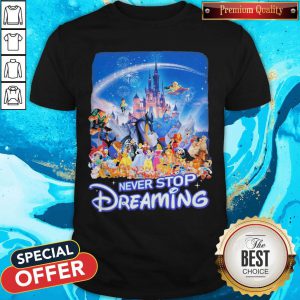 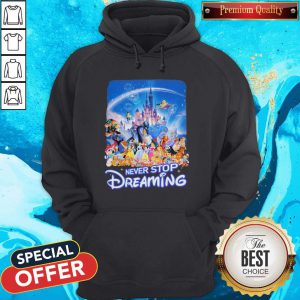 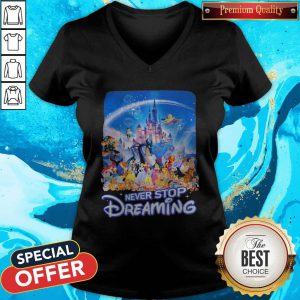 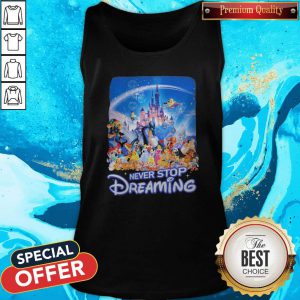 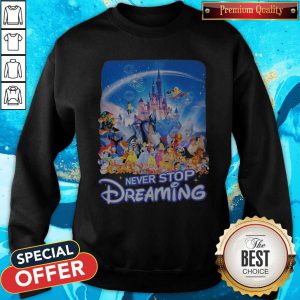 Here in Australia it’s just rolling and if you want to get fancy, the Official Never Stop Dreaming Shirt supermarkets have to display a price per 100 squares of TP, so if you’re really anal (hehe) about it, you can directly compare regardless of apparent length or whatever new branch of maths Americans invented to count toilet paper with. My mom taught me how to look at the price per measurement on pricing labels at the store. It still astounds me that people will buy something they think is cheaper or a “good deal” when you look at it and costs so much more per ounce/unit/whatever.

Oh definitely! If I’ve learned one thing recently it’s that Official Never Stop Dreaming Shirt people’s stupidity truly never stops. And they’re confident about the nonsense they spew, too. I’m not sure if it’s because of confirmation bias or what, but recently I’ve noticed this issue be absolutely out of control with Americans. I think their COVID19 response sort of supports that theory. There’s a huge cultural issue between people and their stance toward hard science. I’m confident there’s a group that exists that would argue with me for saying the sky is blue when it’s a clear and sunny day.