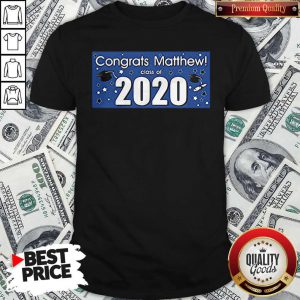 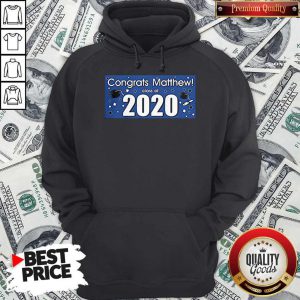 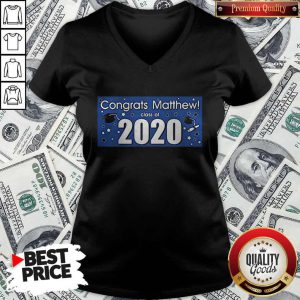 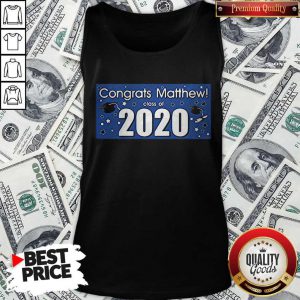 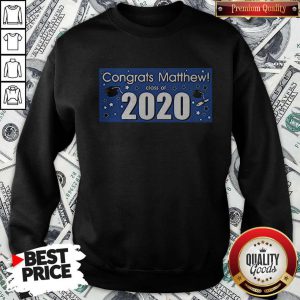 Switch Swift for Dobbins. I would also rather have Biadasz who I think is falling due to injury. Almost wouldn’t mind going back to back IOL. Especially if we sign Thuney away from NE. Let a Nice Congrats Matthew Class Of 2020 Shirt core group of guys gel for a year before fielding Tua. I don’t think it’s ridiculous. I don’t think it’s a great idea, but honestly, I think I would rather go Jeudy than Simmons. Reason it isn’t ridiculous: tate is old and likely to fall off in the next year or two. Engram could be gone. Sheps career is basically over in my opinion (I don’t see him surviving another concussion) and Slayton looked great, but not nearly dominant enough where we should pass on a potential game-changer.

Not saying we do go WR or that we should, but it’s possible. I think passing on a Nice Congrats Matthew Class Of 2020 Shirt tackle to take Simmons is the insane thing (although I also see that as possible). I agree I added a little bit of what I expect to happen into this as well. I would wait to draft a TE until our first 4th round picks and with our first 2nd pick, select a CB. Tbh though I think there will be a run on CB, and there won’t be one worthy to be picked that high. I’d wait to draft an EDGE, because A, I think in his contract year Floyd will ball out. We all were missing our best DL/NT to take some pressure off him. We also could address EDGE in free agency.

As expected? He is earning that contract. If you wanted a better LT than Rieff you would have to Nice Congrats Matthew Class Of 2020 Shirt pay an enormous amount. I understand he is average, but even average LTs are hard to come by. In addition to that, he would still 6.6 mils in dead cap. No thanks. Rhodes and Linval Joseph are far more replaceable. I love Linval but Nose tackles are easy to find. I agree to find a tackle of the future, but that doesn’t necessarily mean cutting Reiff. I don’t know I would rather have Fotu as a potential Joseph replacement lined up rather than a WR that has failed to impress me. Buffalo has kind of a pile-up at Defensive Tackle right now, I have trouble believing they would draft yet another one so early unless they viewed him as the clear BPA.